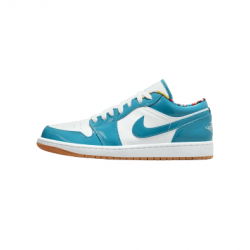 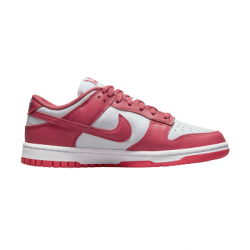 New
Brand: NIKE
Nike Dunk Low Archeo Pink UK 4
The Nike Dunk will not be defeated in its quest to saturate the sneaker market, with yet another new colorway set to release soon, the Nike Dunk Low “Archeo Pink”.  Not to be confused with the upcoming “Bordeaux” colorway, the first look shows that, once again, the silhouette honors its heritage with a simple two-tone leather construct. Here, it utilizes a traditional white leather upper and nylon tongue, with punch-pink colored leather overlays, liners, laces, and tongue branding in the ti..
र16,000.00
Ex Tax:र16,000.00
Add to Cart
Add to Wish List Compare this Product
Buy Now Ask Question
Quickview 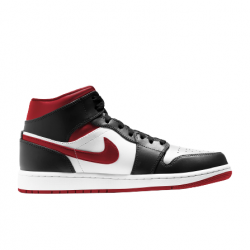 New
Brand: NIKE
Air Jordan 1 Mid Metallic Red UK 12
Make some space in your shoedrobe as the all-new Jordan 1 Mid Metallic Red is finally here, and all we can say is that this colourway is an absolute banger. Initially released in 1985, Michael Jordan debuted his first-ever signature basketball sneaker with Nike, and though it was designed for the hardwood court, the silhouette made its way to the streets for its unmatched cushioning and timeless appeal...
र19,999.00
Ex Tax:र19,999.00
Add to Cart
Add to Wish List Compare this Product
Buy Now Ask Question
Quickview 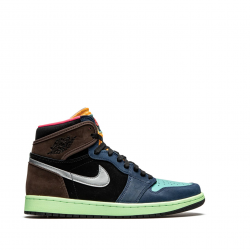 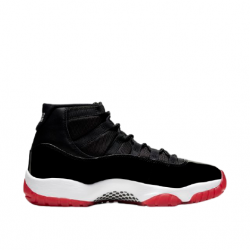 New
Brand: NIKE
Air Jordan 11 Bred Red/Black UK 7
This timeless model and classic colourway need no introduction—but we'll break it down for those that don't know. Tinker Hatfield created the Air Jordan XI to redefine limits, with a carbon-fibre plate for unrivalled performance and patent leather for an unprecedented touch of luxury. The inventive design debuted as MJ returned from his first retirement, capturing the attention of the rest of the league (and the shoe game). His Airness rocked the black/red colourway as he led a dominant squad th..
र30,000.00
Ex Tax:र30,000.00
Add to Cart
Add to Wish List Compare this Product
Buy Now Ask Question
Quickview 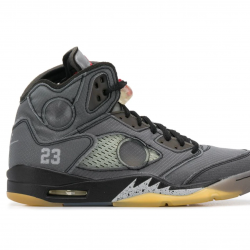 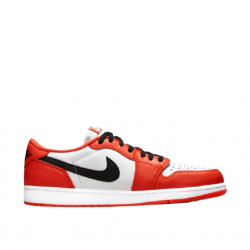 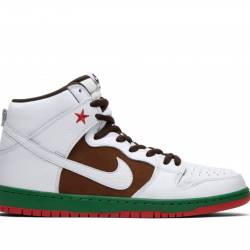 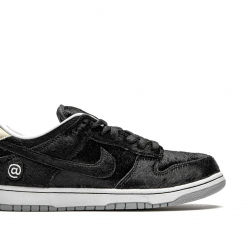 New
Brand: NIKE
Nike SB Dunk Low X Medicom Toy UK 10
Legendary Japanese Toy brand MEDICOM Toy has been has teamed up with Nike SB and is Responsible for some of the most sought-after SB releases of mid-2000s. This time they have come together to create the all new a black pony hair BE@RBRICK Nike SB Dunk Low. The shoe has an all-black faux-hair upper with “@” embroidered motfis at the tongue and lateral ankle, as seen on a slew of previous releases. The sole unit consists of light grey rubber outsoles, contrast stitching at the midsole, and specia..
र28,000.00
Ex Tax:र28,000.00
Add to Cart
Add to Wish List Compare this Product
Buy Now Ask Question
Quickview 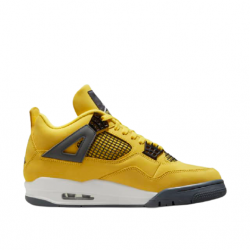 New
Brand: NIKE
Air Jordan 4 Lightning UK 8 (Hurt or Damaged Box)
One of the most sought-after Air Jordan 4s in recent memory – the ‘Lightning’ colourway – is set to return for the first time ever, if the rumours are anything to go by. Debuting the 2006, the electric Jay has never been reissued, but Jordan Brand could be bringing the 4 back into the fore in mid-2021. Known for its bright ‘Tour Yellow’ exterior, the colourway has received renewed interest in the secondary market thanks to Travis Scott, with prices hitting an all-time high. Much like its ‘Thunde..
र24,000.00
Ex Tax:र24,000.00
Add to Cart
Add to Wish List Compare this Product
Buy Now Ask Question
Quickview 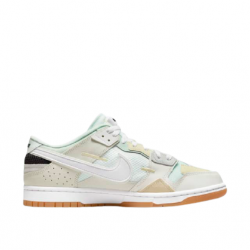 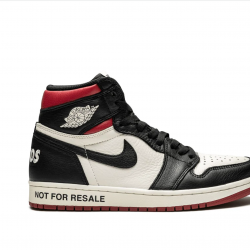 New
Brand: NIKE
Air Jordan 1 High Not For Resale UK 8
Supplied by a premier sneaker marketplace dealing with unworn, already sold out, in demand rarities. Each product is rigorously inspected by experienced experts guaranteeing authenticity. The Air Jordan 1 "Not For Resale - Red" released in 2018 as a special edition of Michael Jordan's first signature shoe. The Jordan 1 features graphic messages across the shoe that encourage users to wear their pair. A tongue-in-cheek response to trends in sneaker culture, the shoe has text including “NOT FOR RE..
र75,000.00
Ex Tax:र75,000.00
Add to Cart
Add to Wish List Compare this Product
Buy Now Ask Question
Quickview 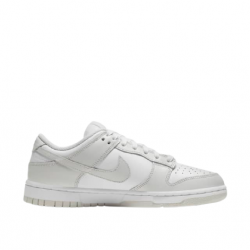 New
Brand: NIKE
Nike Dunk Low Photon Dust UK 5
Originally created for the hardwood, the Dunk later took to the streets—and as they say, the rest is history. More than 35 years after its debut, the silhouette still delivers bold, defiant style and remains a coveted look for crews across both sport and culture.Now, the university hoops OG returns covered in crisp material overlays with heritage-inspired colour-blocking. Modern footwear technology brings the design's comfort into the 21st century, while a combination of white and Photon Dust gi..
र17,325.00
Ex Tax:र17,325.00
Add to Cart
Add to Wish List Compare this Product
Buy Now Ask Question
Quickview 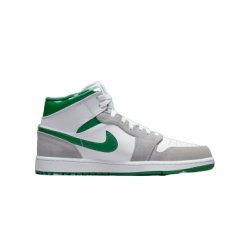 New
Brand: NIKE
Air Jordan 1 Mid Grey Green UK 6
With dozens of colorways ostensibly inspired by the original batch of Michael Jordan’s first signature sneaker, the mid-top silhouette has garnered attention for its relatively accessible nature. And while its latest grey, white and green style isn’t rooted in Air Jordan heritage, it’s sure to join wish-lists everywhere for its clean color-blocking (and Boston Celtics-appropriate arrangement). Suede throughout the retro indulges in the darkest shade of the trio, while profile swooshes, collar pa..
र14,700.00
Ex Tax:र14,700.00
Add to Cart
Add to Wish List Compare this Product
Buy Now Ask Question
Showing 1 to 20 of 311 (16 Pages)

Since its launch in 1985, every man has dreamed of owning as many Nike Air Jordan’s as he can. It didn’t matter if you are a basketball fan or not, owning a pair of Air Jordan 1’s was a right of passage for every sneakerhead.

Even in 2021, sneaker fans stay up for drops, line up during release day in the hopes of getting their hands on the very limited number of shoes that get released into the market. The sneaker became a must-have status symbol in the late 1980s and 1990s, and it's still a street style staple today. Jordans ushered in a new era of shoe culture. Despite the fact that the Men’s Nike Jordan shoes have gone through multiple iterations, the original version remains legendary, which is why it is being produced today.

The Nike Air Jordans have risen to the top of the sneaker chart with over 29 versions and several collaborations. Air Jordan 1 Retro, Air Jordan 1 High Shadow, Mochas, Sesame, UNC, Chicago, NYC To Paris, Smoke Grey, Bio Hack, and a slew of other releases are now on the market, and sneakerheads are paying high dollar for them.

While classic colours like the "Bred," "Royal," and "Shadow" remain the gold standard, Jordan Brand hasn't slowed down its efforts to expand its colour palette. It's not uncommon to see 60+ colourways of the 1 release in a single year these days. Travis Scott and J Balvin, two of the greatest names in music, have each designed their own colourways for the high-top.

It doesn’t matter whether you are a man who likes to wear the one pair of AJ 1’s he owns with every jeans, trouser or shorts he can find or if you are someone who likes to collect shoes and then plan an entire outfit around them, Nike Air Jordan’s are meant for you.